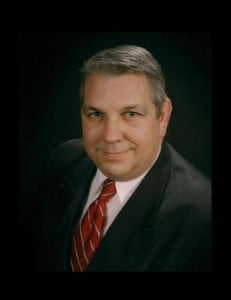 Ken Nix has been authorized by ODOT and the great State of Oregon since April of 2010 to appraise vehicles in Oregon. Ken was issued his Auto Appraiser Certification (seen below) initially on April 19, 2010. Ken has been an appraiser in good standing with the Oregon Department of Transportation (ODOT) since that time. Ken’s expertise is in Diminished Value, which is the loss of value a vehicle sustains when it has been damaged and repaired. Ken is an expert in Oregon Diminished Value and has provided hundreds of appraisals to Oregonians for Diminished Value Claims.

Ken has over 20 Years of Automotive Sales and Valuation Experience and over 27 year working in the Automotive industry. His Rolodex includes hundreds of Auto Dealer Principals, Fixed Ops Directors, Service Directors, Service Managers and Auto Body Managers throughout the United States. His position at Diversiform and Reynolds and Reynolds allowed him to build relationships with some of the most influential auto dealers in the U.S.

Ken is the Founder of several large automotive clubs including Volkswagen Owners Club. He is still acts as an administrator for several auto clubs with a total of over 60,000 members.

Ken’s appraisals are consistently seen to be credible by claimants and insurance companies alike. In 90% of the claims he’s been involved in from April 2010 to the time of this publication, the claimants have been awarded over 50% of the difference between the Insurance company’s appraiser’s valuation and his. His valuations are known to be consistent with the actual loss value and not inflated to appease a claimant to purchase, or diminished to entice the insurance company to settle quickly at a low ball amount.